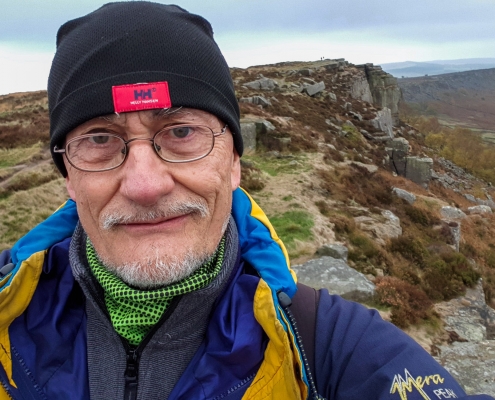 Alan Lodge is a freelance photographer with interests in the press, social concerns, youth & multi-cultural subjects, and lifestyle ‘alternatives’.

The photo-library includes 40+ years of editorial and commercial photography of events, social issues and environmental matters.

He comes from a free festival and traveller background. Living in old busses, trucks and caravans, he drove around the country on ‘the circuit’ with his family and friends. Since the late 1970’s he has been photographing events and the people around him.

Dealing with aspects of ‘alternative’ lifestyles and sub-cultures. Photographing many free and commercial events, ‘free party’ events (‘rave culture’), environment protest, land rights with surrounding social concerns. He aims to present a more positive view of people and communities that are frequently misrepresented.

With a particular insight into this world since unlike so many press photographers arriving for a dramatic news story; he wants to give a more insightful view that only people who have been accepted into a community can really achieve.

It has not been so easy since many are suspicious of anyone with a camera and their motives. Conflict with the police in more recent years has become a fact of life. Eviction from land and squats, difficulties with children’s education when being continually moved on, all added to the mix.

Also, he is noted for covering political and environmental actions, such protest frequently involving policing operations, especially in relation to surveillance.

Supplied pictures to illustrate articles in a variety of publications including – Guardian, Independent, i-D Magazine, Select, Sounds, DJ, Radio Times, New Statesmen & Society, and the Open University. I have contributed to a number of TV projects with the BBC and Channel4. Work is also distributed widely online, around the internet.

Additionally, work has been produced for galleries, digital and slide projections at events and presented at large scale in public space. Moving beyond photography, he has experimented with a variety of mixed media and self publishing.

A post-graduate of Nottingham Trent University with an MA degree in Photography, Additionally, I hold an Associateship of the Royal Photographic Society [ARPS] and am a Member of the Academy of Interactive & Visual Arts AIVA

Lodge specialised in issues surrounding representation, presenting himself in print and audio-visual format. an active member of the National Union of Journalists NUJ and have a current press card. An editorial and documentary photographer, a photo-journalist and ‘storyteller’ always on the lookout for another tale to tell.

Based in Nottingham UK.

Please check out my – Bibliography

My interests in photography – 6 Questions

This site uses cookies. By continuing to browse the site, you are agreeing to our use of cookies.

We may request cookies to be set on your device. We use cookies to let us know when you visit our websites, how you interact with us, to enrich your user experience, and to customize your relationship with our website.

Click on the different category headings to find out more. You can also change some of your preferences. Note that blocking some types of cookies may impact your experience on our websites and the services we are able to offer.

These cookies are strictly necessary to provide you with services available through our website and to use some of its features.

Because these cookies are strictly necessary to deliver the website, refusing them will have impact how our site functions. You always can block or delete cookies by changing your browser settings and force blocking all cookies on this website. But this will always prompt you to accept/refuse cookies when revisiting our site.

We fully respect if you want to refuse cookies but to avoid asking you again and again kindly allow us to store a cookie for that. You are free to opt out any time or opt in for other cookies to get a better experience. If you refuse cookies we will remove all set cookies in our domain.

We provide you with a list of stored cookies on your computer in our domain so you can check what we stored. Due to security reasons we are not able to show or modify cookies from other domains. You can check these in your browser security settings.

These cookies collect information that is used either in aggregate form to help us understand how our website is being used or how effective our marketing campaigns are, or to help us customize our website and application for you in order to enhance your experience.

If you do not want that we track your visit to our site you can disable tracking in your browser here:

We also use different external services like Google Webfonts, Google Maps, and external Video providers. Since these providers may collect personal data like your IP address we allow you to block them here. Please be aware that this might heavily reduce the functionality and appearance of our site. Changes will take effect once you reload the page.

The following cookies are also needed - You can choose if you want to allow them: