If GRT culture is stamped out, then everyone else’s liberties will be just one step behind.

Every spring, as daffodils and primroses bloom, Gypsy, Roma and Traveller (GRT) communities follow the ways of our ancestors and hit the road. Around the same time each year, rosette-wearing politicians start pounding pavements and knocking on doors ahead of local elections.

The two groups rarely meet, but in recent weeks our worlds have collided. How both major parties treat Britain’s estimated 600,000 Gypsies, Roma and Travellers is finally getting some attention. But it’s not just the discrimination of home secretary Priti Patel’s police, crime, sentencing and courts bill that has provoked anger and upset, but the actions of a hapless Labour MP in Warrington.

It’s something you shouldn’t see on a Labour leaflet. But there on the seventh line it is: right between the issues of anti-social behaviour and traffic concerns is a pledge to “deal with traveller incursions”. Whether Labour MP Charlotte Nichols didn’t read the leaflet properly or she just didn’t care is unclear, but we can safely say she now regrets the photo taken while out campaigning in Orford, Cheshire. The controversy has led to an embarrassing apology from the MP along with Labour’s general secretary – and a promise that all the leaflets will be pulped. But what was so wrong with it? 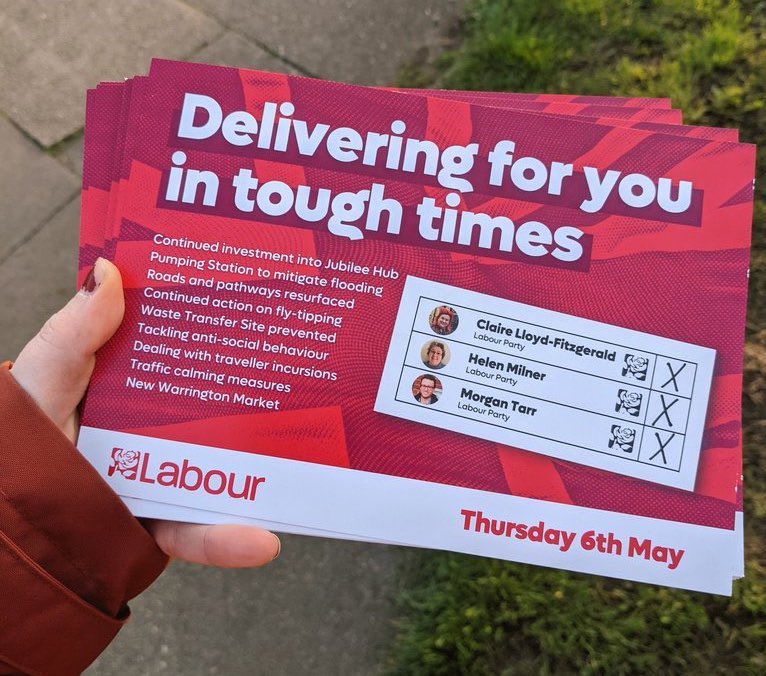 For most members of GRT communities, the phrase “deal with traveller incursions” is abhorrent because it frames these people as a problem to be “dealt with”. Suggesting such a thing about any other minority would be a scandal, and rightly so. The fact that Labour – a party supposedly founded on principles of equality – thought it acceptable to put this phrase on campaigning materials shows just how normalised prejudice against Gypsies, Roma and Travellers still is.

Embracing diversity means embracing difference. For some minorities that’s having a different faith – for us it’s a different lifestyle. GRT communities – recognised ethnic groups under race relations law – are groups for whom the tradition of nomadic family life is a non-negotiable part of our identity. An “incursion” is the attack of an invader or coloniser – not the practices of a minority that’s been present in Britain for over 500 years. For far too many Labour members, racism towards GRT communities is still a blindspot, with our issues framed as simply those of an errant subculture or the anti-social behaviour of the ‘travelling fraternity’. People need to accept that our communities are ethnic groups (as the courts have done), and deal with our issues as those of racial equality.

It’s undeniably true that a lack of legal stopping places still puts Gypsies, Roma and Travellers in conflict with local councils and communities. But somehow I don’t think that genuine measures in Warrington to address these conflicts – such as building new legal stopping sites – is what the authors of the Labour leaflet had in mind. The sad truth is that while promises to “deal with traveller incursions” are far more likely to be found on Conservative party leaflets, 20 years of reporting on GRT issues have taught me it can often be Labour councils that have the most aggressive eviction policies – and that Tory councils, like Fenland in Cambridgeshire, can sometimes be the most accommodating.

There are many Labour MPs who do understand our struggles. Bell Ribeiro-Addy and Zarah Sultana are two of those for whom opposition to the police bill is in part based on the recognition that it will criminalise GRT culture. If the government succeeds in redefining criminal trespass as the use of just one vehicle with an intent to reside on land not owned by the occupant, it will have fundamentally altered the right of all British people to access the landscape. In this respect, GRT communities are a canary in a coal mine when it comes to our collective liberty. If our culture is stamped out, then everyone’s freedoms – as evidenced by other parts of the bill – are just one step behind.

Today the Conservatives are proposing laws that:

This descent into authoritarianism must be resisted 1/2

This week marks 50 years since Romani activists from across Europe gathered in London to give their transnational nation a flag, an anthem and political direction. Half a century on, many of the lives of Europe’s 12 million Romani people are still blighted by racism, hatred, and the denial that we are even a people at all. From the Warrington leaflet to the police bill to the poverty and violence that have led over 300,000 Eastern European migrant Roma to Britain, there is a lot of work left to do – and it’s high time all left-leaning people got on board. A country – or indeed constituency – without room for the liberty of its Gypsies isn’t free for anyone. We need you on our journey with us.

To find out how to support Gypsies, Roma and Travellers across Europe, click here.

This entry was posted in . and tagged attack, collective, freedoms, gypsies, travellers,, under. Bookmark the permalink.
error: Content is protected !!