The Donga Tribe make an impression on you. I imagine that a person would feel the same way if they met Robin Hood! The media christened them this as the land they lived on and tried to protect was part of an ancient trackway. It had deep ruts which were the mark of people’s feet treading the courseway for centuries. That is what a “Donga” is. Approximately twenty-three of these young folks lived there, each drawn to the place through different circumstances, but all sharing a deep love and reverence for the Mother Earth.

Sam and Steph were the first to arrive – and so were regarded as the mother and father of the Tribe. I was taken to Twyford Down by Theo; and it was there I first saw Alex. She was reciting her Dragon Poem of the events of Yellow Wednesday. I don’t know how it happened, but I seemed to experience the energy of the Dragon as she spoke about it; and it was that energy that inspired me to get involved with the Road-Protest Movement. I later discovered that They wrote “The Motorway Song” and several others – all of which I never tire of hearing. His voice is clear, sweet and loud. He will beat his own rhythm with a single drum and bring a soul-presence to an action.

I’ll never forget the first time I heard “The Motorway Song” at Twyford Down. He and some of the Tribe jumped a huge digger – which became their stage; whereupon the bleak landscape of the cutting became alive with an energy I have not experienced before.

Always music with them; always kindness. And their courage has fired my spirit and inspired my art. These young folk were out there risking their lives daily, on actions to protect the land and do their Mother’s work long before the mass-media were interested. The only visible protection was our cameras – some of which didn’t work. 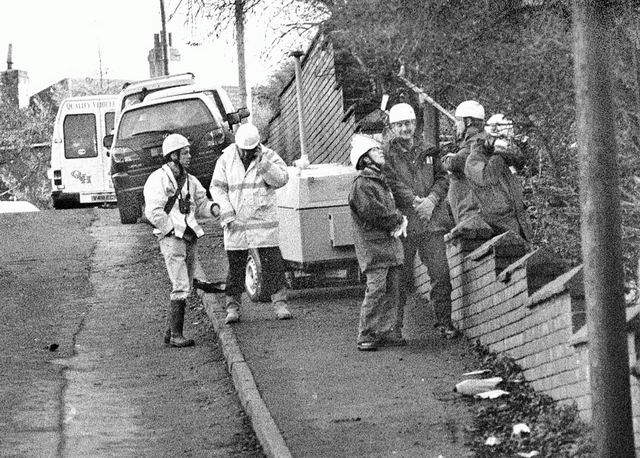 Alex told me that when the DoT started destroying the Donga tracks, she experienced a vortex of energy ascend from the land and enter into each of them. The magic, courage and innocence that I perceived in them all leads me to believe that they truly did embody the Spirit of the Dongas.

Jonathan Porrit once said to me: “You cannot imagine the ripples that the tribe has made in the Green Movement.”