Gary’s Story – From Printer to Donga

My name’s “Our Gary.” I am contributing my story as I have been asked how I got to be a Donga Tribe member. Well, back in 1992, I was a very stressed overworked screen-technician, having personal problems with a close female friend. Also, my parents had decided to move from the country to a housing-estate. I was unaware at the time how much I was in love with the countryside – but I found out a few months later.

In May, 1992, hearing of “New Age Travellers ” in the media, I decided I was going to live on the road. I suddenly became aware that I could live without bills – live in the countryside and take my home with me – and that I didn’t have to work another 41 years, retire and then be too old and knackered to enjoy what was left of life. I started taking driving lessons, and after three months passed my test.

I had already bought the 1957 Bedford bus which had the contents of my bedroom inside. So I left work, and the next day drove south to Southampton from Yorkshire.

I went to festivals, met travellers for the first time – listened to stories of evictions, of police smashing up their homes, of councils kicking them off their own land (not private land as the media would have you believe). I wondered whether this would ever happen to me as my world now was in a bus, and I was a new traveller.

Winter 1992 was a problem. I moved into Southampton with the bus, and stayed for a few months. I met Andy who told me that my problem of having somewhere to live would be solved if I went to Twyford Down – a strange, unknown place to me.

I turned up at Winchester and followed remembered directions that took me to the east of the city, up a beautiful, well-green, piece of the Hampshire countryside. I noticed a traveller’s truck – a converted horse-box with a smoke stack smoking away – and thought this must be the place!

Half an hour later, I’d parked up, said hello to the travellers and was now sat on the other side of a wood, on what looked like a very old uncut common with “benders” upon it. I’d never seen travellers’ bender tents before – originating from the Gypsies who had left Egypt in the 1400s. I wondered what these people were like. I decided to live there and try it out.

I met Sam and Steph round the fire. Sam was a dark-skinned female, Indian-looking, wearing well-worn ethnic clothes, as did Steph – who was male in his mid-twenties with a mandolin over his shoulder. I didn’t know how to at first; but I soon learnt to play real music round the fireside into the night, with a beautiful black sky, and stars that I had never noticed were so beautiful thanks to the glow of the city’s streetlights.

I started feeling that I had come to a magic place – as if I had gone back in time to the Celts or something – cooking on open fires, smelling of wood smoke. I felt happier than ever I did at the printing factory where I earnt money that just paid to get me drunk at weekends, which seems to be the mentality of people who work 5 and a half days a week, 9 to 5, and trap themselves into poverty by getting 25-year mortgages which in turn force them to keep on working. Now that is a trap to me – and I didn’t want that at all!

Have you ever thought how a minority of suit-clad men get to tell all the other human beings that they’ve got to give them money to live on the planet – just because they say so! I’m not talking about government, but back to how someone gets to become a “landowner” in the first place. After all, we are an animal – one of many species on this one planet. So why does a human have the right to say: “Give me money to live here. This is my land.”

I found myself educating myself all over again. The “Dongas” which are ancient trackways going over Twyford Down and heading toward Winchester, 2 miles away downhill, were formed by travelling people and other nomads, marketers and farmers over thousands of years. When the Romans came, they were already old. You could feel history pouring out of the place. I never used to feel so close to Nature, until I moved to this SSSI (Special Site of Scientific Interest – due to rare butterflies living in the turf on the trackways of the Dongas). It came as a complete surprise that 20 years before, the DoT (Department of Transport) had decided to build a motorway around Winchester to avoid Hockley traffic lights – which cause tailbacks on the M3.

I learnt later that where we – the Dongas Tribe as we were being called by the local paper – were was right in the middle of the proposed route. I couldn’t believe that all this, including an ancient Celtic farm-system, was going to be bulldozed. I then learnt that the Royal Engineers Regiment had, in the past 20 years, offered to build a bridge, to see if it would improve the traffic-flow. What happened? No one in power gave them the necessary permission.

On the 9th of December, I awoke in my bus to footsteps, lots and lots of footsteps, walking past, which was strange since anyone who comes up here usually knocks on the door or “yips” – a way of saying hello to each other among friends.

Looking out of my window was like waking up and seeing a wall about to fall on your face!

I saw a constant stream of men in Dayglo yellow uniforms, blue hats and black wellies [galoshes], in single file. I couldn’t see the front of the line and I couldn’t see the back – or where they started from.There were so many. My heart nearly stopped. It had come upon me! The road-building posse was here and was coming straight at me in the form of Group 4 Security, hired to protect the machinery of Tarmac construction company.

I put my boots on. Half a day later, there were 20 of us tribe members running all over the place. It was a real-life battle. Bulldozers drove into the Donga trackways and started stripping the turf. It was like seeing a person having the skin pulled off alive. I’d lived here for months, had gatherings, played music, made new friends, lived in a community for the first time – and felt safe. And in a matter of hours, what took our Great Mother Nature thousands of years to create was torn apart! The people driving their machines – the construction (destruction) workers were doing it because they had to feed their families and pay their mortgages.

It’s easy for me to say they could get another job – but someone else would take their place.

The real problem goes back to the Beeching Act which tore the railways apart in the ’60s. Thousands of railway lines were axed – a whole network – by one stupid man. Robert Beeching, I think his name was. The railways had already been constructed and got whatever you needed to wherever you needed it – especially when linked to canals. The canal-boat people (another nomadic people to nearly disappear) would transport goods by horse-drawn canal barge to points close to the railways. How many people’s livelihoods have disappeared? Railways, canals. One train can carry up to 200 people – that’s 200 car engines not polluting the atmosphere. Just one train. And how many lorries off the roads?

There are many unused train tracks still in Britain. There are many canals that could be operable. If people are worried how to feed their families, surely there would be thousands of jobs in building trains, repairing track, manufacturing, designing, construction, re-opening old canals, making more space on the roads. A shuttle service could be provided from canal/rail stations to factories, etc. 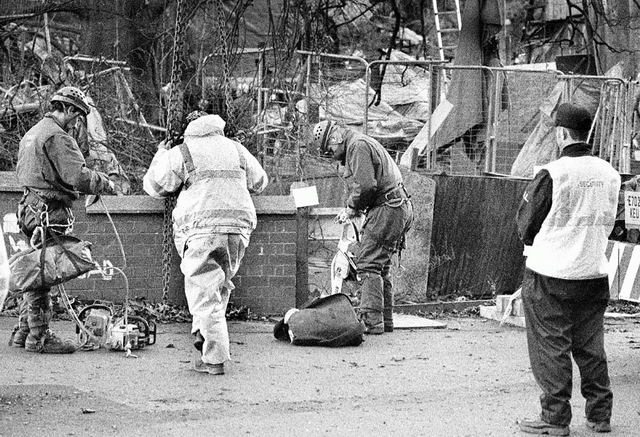 Basically, I’ve presented these thoughts because we need to clean up our air. Too many children are getting asthma. I was an asthmatic child, and my grandfather was a steamtrain driver. So I know the old railway system from first hand, and from talking to my now deceased granddad.

So I watched a beautiful part of southern rural England change from a quite beautiful, green, piece of historic land to a motorway, in just 2 years. Many actions took place and still we go back – usually following the old pagan calendar of pre-Christian England, which is very dear to me now, as with anyone who is close to Nature. It denotes when the best parts of the year happen.

Summer Solstice – June 21st – the height of the summer which shows at Stonehenge at this date. I believe this is one big, stone calendar – one of the most historic places in the world. But travellers meet there because of the celebration of summer. And travellers love the land, the countryside. That’s why they leave the cities – because the whole planet has become overpopulated.

Kids grow up in London who don’t know what a forest looks like. Meanwhile the weather-pattern is changing – which has a simple message. Mother Nature is saying: “Stop! I am dying!”

We need to be educated again. We were put on the planet to look after it. Progress is planting trees, cleaning rivers – not pouring shit into the sea, poisoning the fish which we then eat. We need cleaner fuels for transport. Environment should now be the focus, because we all breathe the air. If we cut too many trees down we interfere with the oxygen cycle. The weather is a permanent reminder. What else do they need – children dying on TV?

Written on the 14th March 1995 on Solsbury Hill. A year’s anniversary of the start of yet another motorway scheme, with probably several hundred more trees cut down for another massive road, bringing more traffic and air-pollution.