During the chaotic summer of 1994, protests against the criminal justice bill kicked the whole party spiral into action, a definite energy was present – the restrictions of this bill were considered fucking ludicrous by any stretch of the imagination and just as it seemed like masses of people could accomplish something by our mere existence and rallying, we got ignored. We got the usual bout of biased, bad press, a few court cases and then…. nothing. What happened?

Winter time, the cja had been passed the police didn’t seem to be giving anyone too hard a time, and everyone sort of got on with everyday life. Everything was so quiet I think it was sort of easy to forget that there were any laws against repetitive beats. Well, someone must of forgotten as the next thing I know is I`m reading details about the Mother rave, the second Castlemorton, in MIXMAG – what is going on?? City Life also had details of where to find the location of the 7/7 “Mother” party. Very strange as I`m sure that information like this divulged in such major publications is not really doing the free parties or its organisers any favours, key words like `Castlemorton` cause the authorities to have spasmodic fits and drool at the mouth – they don`t like large gatherings, and any pre-publicity indicating that one is about to occur causes upset all round.

In true party spirit, despite MUCH police intervention, parties still kicked off, and judging from all reports a wicked time was had by all who attended. I spent most of the night running around cornfields avoiding patrol cars, meeting other people who had dodged the police and generally being clueless.

Found a sound systemless site at dawn and despite there being no party as such and plenty of police aggro, I still had a larf, and that`s what counts. So there.

And a brief note to the policeman who thought up the idea of playing rave music from his riot van to attract wayward party-goers into his clutches. Well done. I hope you got a promotion. 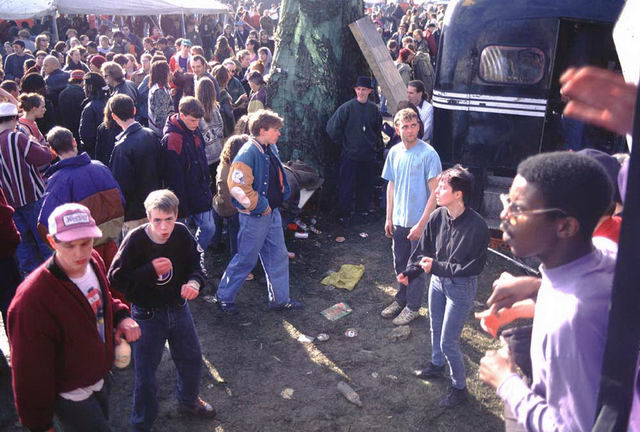 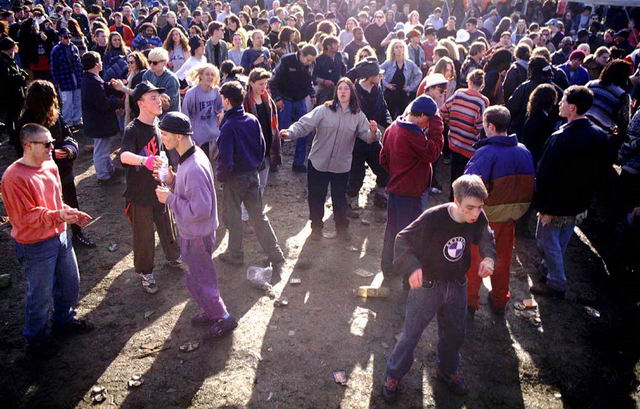 ‘Most of the charges brought against individuals involved in July ’94s Mother Festival have finally been dropped. ‘The crown prosecution Service now says there is insufficient evidence to press charges of “conspiracy to cause a public nuisance” – Criminal Law Act. 1977.’

Black Moon the Buxton based sound system, however were not so lucky, and were prosecuted. The reason, they ‘were unable to dismantle their rig on time and were even told by some members of the police force that they “might not have to move”. Some tape recordings of police advice were used to aid their evidence. Black Moon’s defence solicitors also challenged the charges on the basis of the “reasonable time required to be given when Section 63 is invoked by police. They claim that one hour was not enough time to dismantle and remove a whole sound system.

The magistrates, however, weren’t interested and they were each fined £250 and the rig worth £6,000 was ordered to be destroyed.

The rig was taken on the Corby site which had been scouted by the Tribe of Twat early summer. By Glastonbury time it seemed everybody they were telling already knew about 7/7 plan. For Black Moon it was the first sizable party that the system was involved in and they were more on for small parties as a rule.

Unfortunately the Police won the case and as such the penalties were kinda severe. All members of the crew were given a fine of £200 each and the system was confiscated.

The lawyer recommended to them for his work in getting the Spirals off the hook in the Castlemorton case seems not to be giving his full effort, the appeal is pending but as to getting details and progress, your guess is as good as theirs. The fines were bad enough but the real damage was the confiscation of the sound system. 6000 quid on HP down the drain, which is a bit of a uneven punishment to the person whose rig it was! One irony was that the site where in fact one individual tuft of party spawned from the original [7/7] Mother’s enormous bush was at a site in Lincoln that Black Moon had used for a party earlier in the year. Undeterred the Black moon DJ’s have been out and about this summer, doing free warehouse parties in Sheffield, and getting sets outdoors. Bruno played at an early summer Insonik and was well into it. That’s INSONIK kids! The TransPennine night in Sheffield that’s going from strength to strength. It’s good to see as although several benefits nights have been put about to raise money for the primary party victims of the CJA. The 500 quid donated so far doesn’t cover much of the costs needed to put together a new rig. 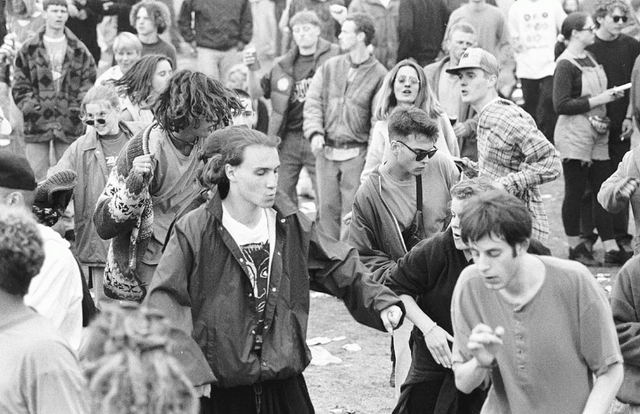 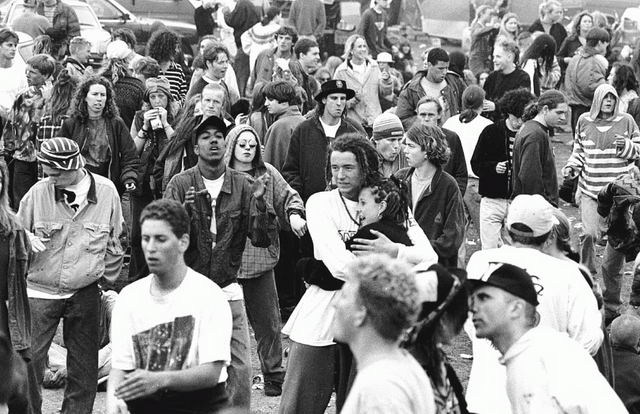 On asking if there were any words of advice to pass on to party people the response was. ‘Well you’re better off asking someone else, someone who hasn’t had their rig taken.’ Point taken but the main lesson learnt and one that came into effect at a recent party was that once you get served a Section 63 then It’s definitely time to get out of there, unless you’re keen to donate your PA to the police. A legal loophole that is definitely worth looking into is that hired PA equipment will find it’s way back to the owners, so When asked the question is this equipment yours, let pride take the back seat and have some paperwork to back it up. They’ll take it anyway but if you can get someone who’s stayed at home to say that they rented it to you then you should be OK. [maybe]. Black Moon weren’t the only people to suffer from excitable Police forces, whose hackles had been raised by the Widespread media preview of the happenings. Tribe of Twat managed to get themselves banned from Two counties [which is a pisser in you live in one of them] and someone I know with a lot of PA kit he was taking along to hook up with Virus got stopped at the end of his parents suburban road and told not to bother if he knew what was good for him.

There have been quite a few free site parties kicking off around Buxton Way this summer though, with about a 50% bust rate, which ain’t great but it’s better than nowt! These ones have been more on a techno and trance side of tings rather than the deep deep house sound that you would associate with free parties in Derbyshire, [Respect for the longevity of Smokescreen and the actions of All Systems GO!]. And the future? Both Rob and Bruno are up for playing wherever they can so get in contact if you know of free things that are going on around and about.