‘Quite a few thousand members of the alternative counter culture, ex-Brits, are travelling around Europe in their vans’ Cultural Diversity Academic commentators both within and outside Gypsy and Traveller circles have exhibited a decided tendency to concentrate on the repressive nature of the treatment of Travellers in Europe.  The descriptions of the ‘lot’ of Travellers have usually focused almost entirely on the negative treatment afforded to nomadic people, their sense of statelessness, outsider status, maltreatment and negative identity.

However, many new Travellers and DIYers, at least, seem to be attempting to turn this ‘otherness’ to their advantage. They have constantly refused to accept the boundaries of identity based on living in houses, and increasingly they have declared themselves world citizens, some kind of stateless tribe roaming through the European Union and beyond, into India, Africa and the old Eastern bloc nations. Their search isn’t solely for the right to be continuously on the move, rather it is an expression of identity, where options can exist for living without prejudice. Whilst many European nations have poor records for their treatment of Romany Gypsies (Acton, 1997; Fraser, 1992; and Fonseca, 1995) new Travellers leaving the UK following their criminalisation under the Criminal Justice Act appear generally to have found their reception in other countries far more positive, without the familiar pejorative stereotyping and negative reactions – reactions often based solely on the new Travellers’ desire to live in structures such as rigs, buses, benders, yurts and tipis, rather than houses. A First on 5 (Channel 5 TV, Sept 31st ’97) news report about the thousand strong ex-British community in Orgiva, in the foothills of the Sierra Nevada, provided a good example of this. It described the locals reaction to the influx of hippies; what the programme called “refugees from modern Britain”, as “a mixture of amusement and curiosity”.
‘There’s not so much pressure. If someone wants to build a house, they build a house, if someone wants to live in a tipi, they do it’ 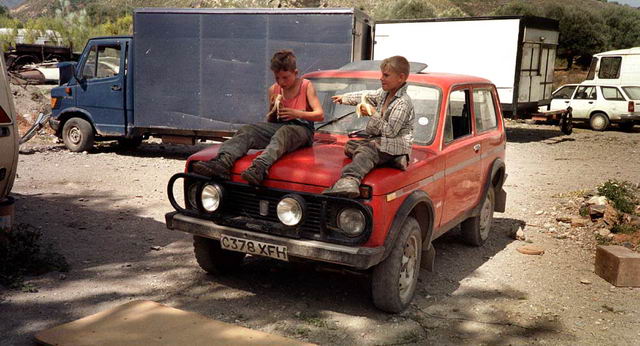 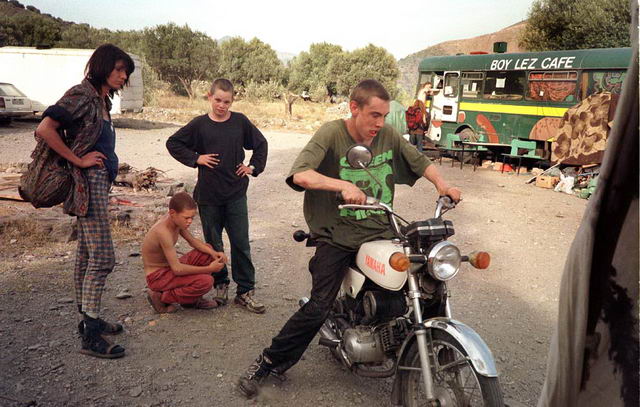 The area, along with Castellar de la Frontera, has become something of a Mecca for new Travellers and people in search of an alternative lifestyle. In the same TV report, two of the British community gave their verdict on their new home: Jenny: “I felt I got stuck in a poverty trap there (the UK) with signing on, the social security and stuff like that … there’s much more opportunity here, it’s kind of laid back; not so much authority to get through.” and, Timbo: “It’s cheap, sunny and you’re left alone to get on and do your own thing … there’s not so much pressure … if someone wants to build a house, they build a house, if someone wants to live in a truck or a tipi, they do it, so they’re happy amongst themselves.” 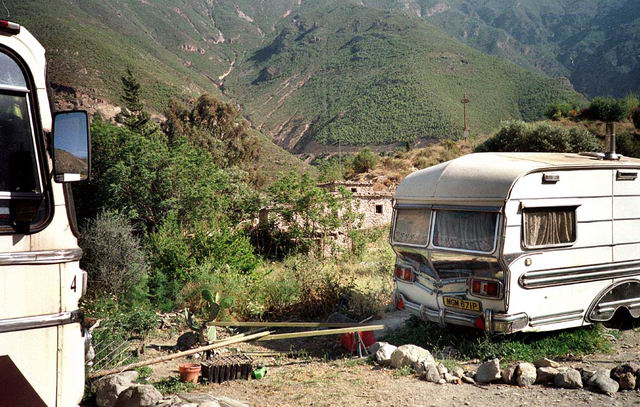 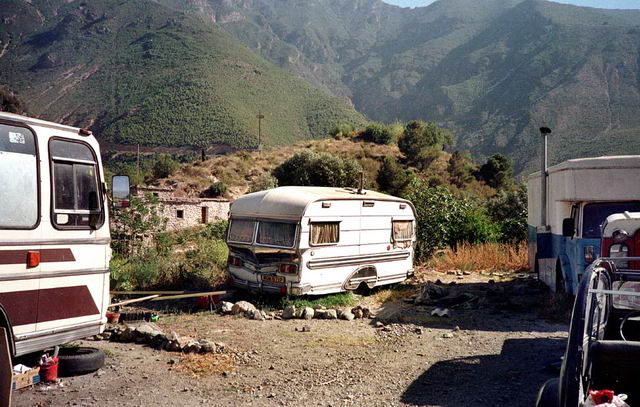 I personally know of others who are setting up counter-cultural holiday companies and even a veggie cooking course. The possibilities are only limited by the imagination! One exception to the rule may be Ireland, where a positive or at least relaxed response to new Travellers is being replaced with something akin to a racist reaction. In a news report, under the headline, ‘Just opt outs with bare feet and beautiful handwriting’, H. Callanan wrote in the Sunday Business Post (Sept 3rd ’95) that the new Travellers were nothing more than, “dirty foreign scroungers” namely the English variety! One suspects that things may also change in countries like Spain and Portugal, where some of the rave sound systems are angering as well as delighting the residents. Time will tell. 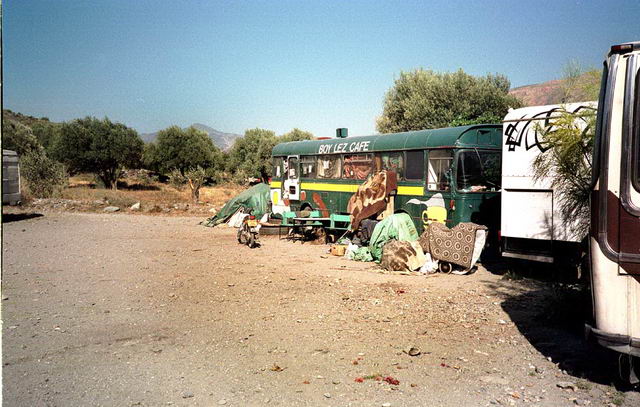