“Before the civil War, enclosure riots had been taking place all over England, as peasents were forced from or cheated out of their place in the countryside, largely by a new class of entepreneurs. The Rioters aimed to `level the land’: to pull down the hedges and fences excluding them from their commons and open field systems. Many of them believed the Parliamentary army would address their complaints … “

There has been an increasing interest recently, in the 17th century exploits of the group of radical squatter – communists know as `The Levellers’ and `The Diggers’. Partly the this is the result of the new wave of `DIY’ protest and resistance, which has prompted comparisons between today’s young (and not so young!) demonstators and the diggers. Self-empowerment, direct action. Partly also, it has come about because of a cultural shift which is leading people to look deep into the roots of English, as opposed to British history. 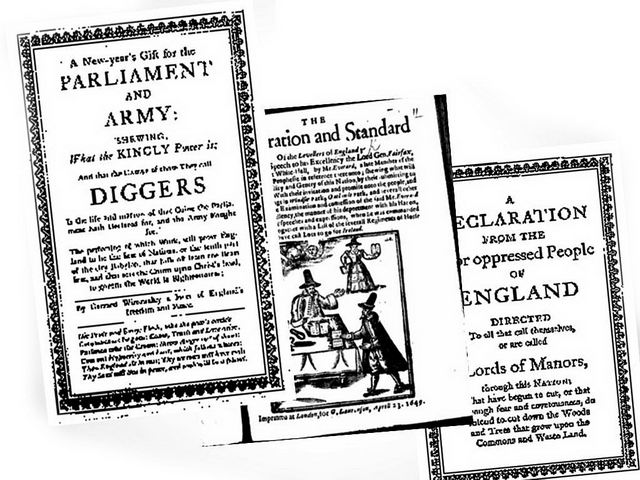 Land reform has become an issue again. THEY still OWN it all (so not much change there then!).

The Diggers were a movement of only a few hundred. Their experiment and community on St.Georges’ Hill lasted little more than a year. But their courage and non-violence and resiliance will surely shine through wherever people are resisting.

“The Earth (which was made to be a common treasury of relief for all, both beasts and man) was hedged into enclosures & is bought and sold and kept in the hands of a few” 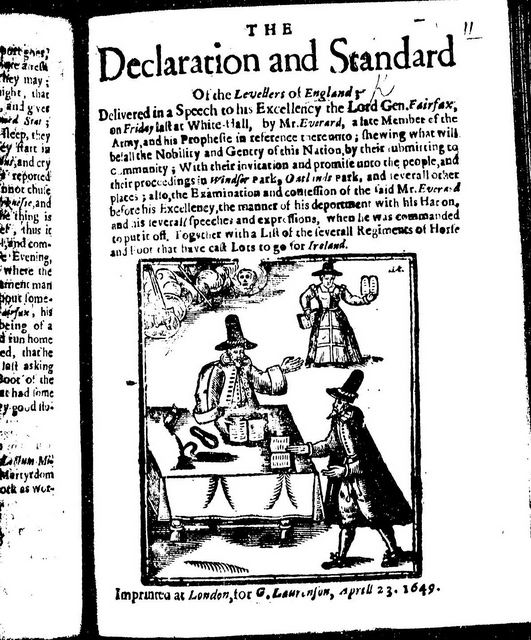 A Chronology of the Leveller Movement