Travellers have been persecuted throughout Europe for over 900 years. In England during Elizabethan times, being or associating with a Gypsy was a capital crime. In Nazi Germany, hundreds of thousands were killed in the “Holocaust”. After the war, Travellers rights were never enshrined in European law and they continue to suffer racial discrimination in most EEC countries. The attitude which enabled this to take place was rooted in the Great Depression where along with the Jews and other minorities, the Gypsies became convenient scapegoats. The current shift towards right wing ideology across Europe is producing a new backlash. 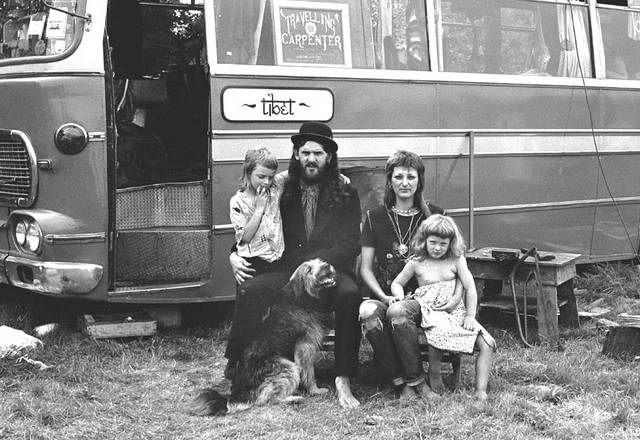 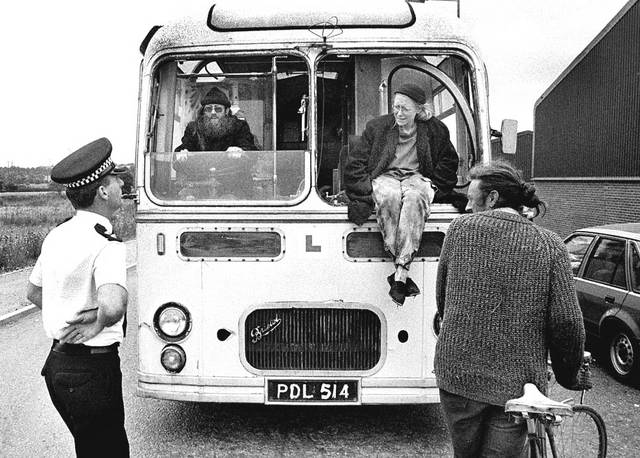 Historically, Travellers played an important economic and cultural role as horse traders, mobile agricultural workers etc. Since 1945, the transformation of farming into a highly mechanised agri-business has greatly reduced the opportunities for such work and reduced the number of farmers who provide temporary sites.

The greatest single issue facing travellers is the lack of sites. Places that they can stay, even for a few days, without the threat of being moved on. Successive governments have pursued a policy of assimilation where travellers have been encouraged to move into `Bed & Breakfast’, flats or permanent concrete sites. In the 1950’s & 60’s, the highways & By-ways Act, Caravans Act and the Commons Registration Act, removed rights of access to Commons, verges and By-Ways which had been used by travellers for centuries. The development and urbanisation of much of our countryside has also reduced the number of traditional stopping places. 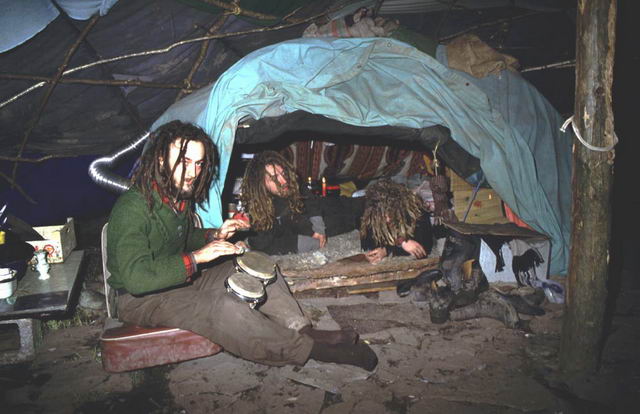 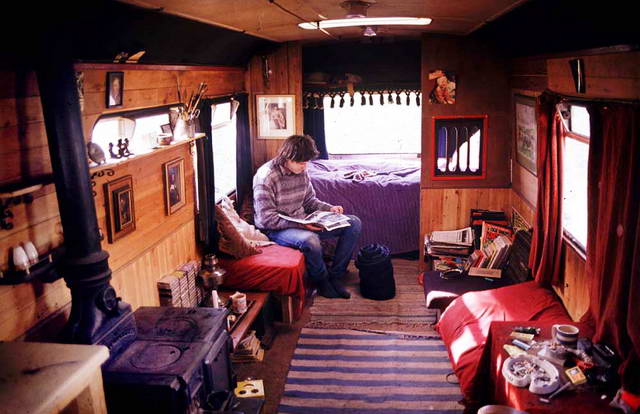 The 1968 Caravan Sites Act was an amendment to the 1960 Act and is already inadequate in meeting Travellers needs. It requires councils to provide sites for travellers siding in or resorting to their area”. Currently half the councils in England and all of those in Wales, fail to meet the minimum statutory requirements. Local authorities who provide sites are given the status of “designated areas”. This means that where travellers occupying any land can be summoned and fined in a magistrates court. Central government has increasingly pressured councils to use designation as a means to “deal with the problem”. Travellers regard designation as the equivalent of the South African Pass Laws, since it effectively defines areas where no travellers are legally allowed to be.

The Conservatives “Free Market” policy does not extend to the provision of sites for travellers. They propose to tighten Planning Laws to make it difficult for sympathetic landowners to set up private sites or festivals. Travellers who buy land face the same problems despite the apparent ease with which large areas are turned into motorways, golf courses, theme parks or shopping centres. 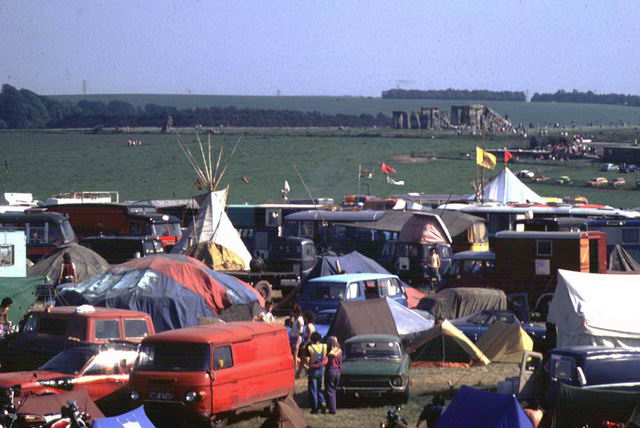 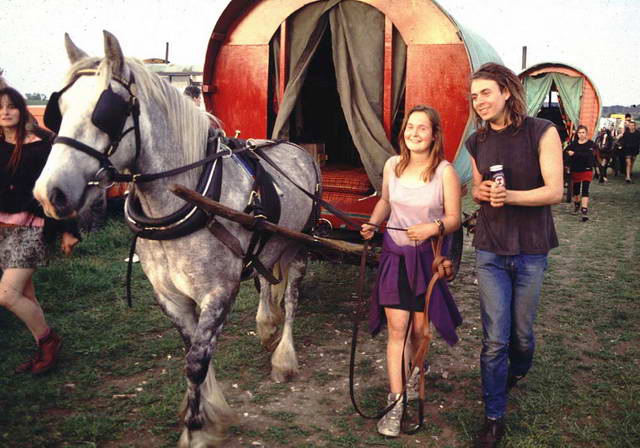 The divisive social and economic policies of the 80’s created an alienated under-class which led to some travellers sites becoming refugee camps for those without a `safety net’. travelling or squatting are among the few viable options for those who might otherwise end up living in a cardboard box.

The sheer volume of people who have adopted the lifestyle as an alternative to the recession, has further strained relationships between the state, the wider society and the various travelling communities. The situation has reached crisis point, with little sign of any negotiation, compromise or reconciliation.

Travellers are not protected by the Race Relations Act and are subject to the kind of abuse from the tabloids which would be considered outrageous if directed at ethnic groups or religious minorities. This type of coverage is extremely irresponsible and does nothing but encourage fear, ignorance, intolerance and vigilantism. Journalist seem preoccupied with finding `confrontations’ and they continue to perpetuate the cliche image of the `crazed Hippy’.

The Travellers did not land from Mars. Most have paid taxes along with generations of their ancestors who “fought and died during the war”. Many do not sign on the dole and many more take seasonal or full-time work when available. Although, it is extremely difficult for them to keep a job when they have no sites to live on and are constantly being evicted. The governments new measures will make life more difficult for homeless people as well as travellers and put further pressure on people to resort to crime to survive.

Most travellers are non-violent people who resent the image promoted by the press. They take pride in their homes, most of which are completely legal. Some have given up mortgages and sold their houses to buy buses or trucks worth thousands of pounds.

Their festivals are cultural events which provide entertainment and a public meeting place for thousands of people from the cities. there is a huge demand for such free events and a lot of inner-city problems could be solved by allowing people to come out into the countryside and have a good time. There are many tracts of land where festivals could take place, but continuing refusal by the authorities to meet this demand results in unplanned events happening in unsuitable places, with unfortunate incidents involving noise, dead sheep and irate farmers.

Such gatherings formed a focal point for our culture from the before 2000BC until the time of the witch hunts. In Africa and India, festivals are still part of the fabric of society with events such as the “Kumbha Mela”, which attracts 15 million people. Those who restarted the festivals at Stonehenge believed that this tradition should have a place in contemporary society. 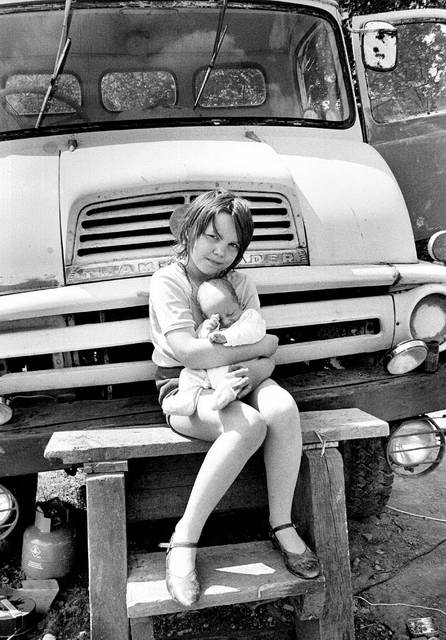 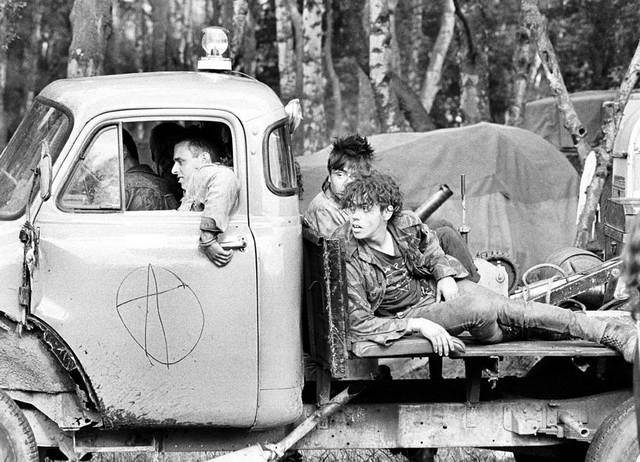 The authorities cite problems with theft, violence or drugs to substantiate their position. However, there is no more drug use amongst travellers than amongst many other sections of society. Drugs are in fact, freely available in almost every town and city in the country and it is not the prospect of scoring which attracts people to the festivals. The threat of theft or violence has been blown out of all proportion to a the actual number of instances.

It is not only New-Age Travellers festivals which are now under threat, but Traditional Travellers’ Fayres which have taken place for centuries. The Appleby Horse Fair in Yorkshire was granted a Royal Charter in the Middle Ages, but recently, wealthy landowners have attempted to obtain injunctions on surrounding land in a campaign to have the event stopped.

These are not the only problems travellers face, they often find it difficult to obtain basic health-care and their children are frequently unable to gain admission to schools. They are subjected to illegal evictions and attacks by farmers or vigilantes, who have been known to burnout their homes and to, contaminate sites with pesticides and slurry. Having no fixed abode, they are routinely excluded from the electoral register.

In short, there is a need for the whole question of travellers rights to be comprehensively reviewed.  For a start, the Criminal Justice Act needs instant repeal.

The police frequently try to operate laws, well beyond their powers.