‘Reclaim The Future! Stop The Clampdown!’

Solidarity was the name of the game, as groups from all over the country came together in Liverpool, to form alliances and unite in action under the banner of ‘Reclaim The Future! Stop The Clampdown!’ Bringing together the unemployed with workers struggles and raising awareness of animal rights, ecological issues and workers’ concerns, thousands came out in support of the 500 dockers sacked for refusing to cross a picket line. Overcoming all reservations associated with the political implications of such an event, for many it was to become one of the best actions this year.

On Saturday 28th around 10,000 people joined the parade down through Liverpool to the pierhead. Earth First!ers, trade unionists, dockers, road protesters, Kurdish groups, a large contingent of anarchists, Workers’ Power and other assorted itinerants all joined the demonstration. There was a noticeable absence of the SWP and Militant in any great numbers – it seems the dockers’ struggle was not going in the direction the left desired. 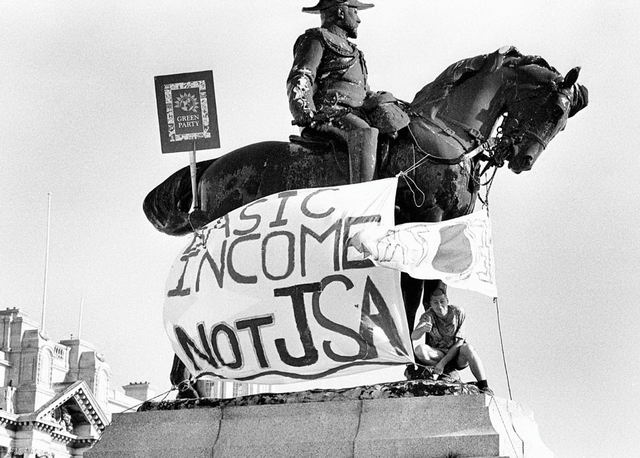 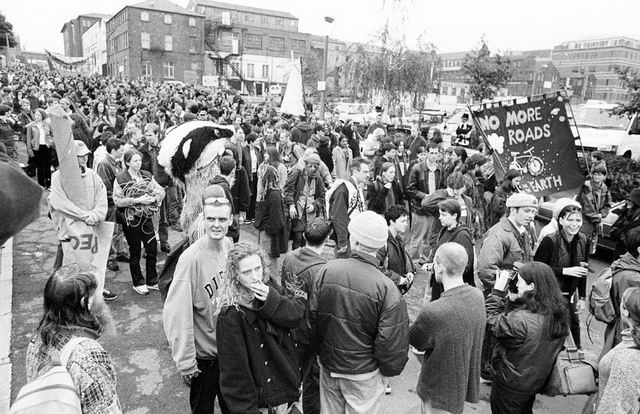 Unfortunately numbers dwindled at the end of the march as the speakers began a boredom offensive, provoking most people to run to the pubs. The sound system didn’t kick in until later, playing to a considerably reduced crowd as many also had to take coaches home early. After a couple of bands had played, the party venue was spread by word of mouth to avoid attention by police and small groups inconspicuously made their way to the squatted Customs and Excise house. Within two hours of people arriving the squat was surrounded by tooled up riot police, but after some negotiations, a confrontation was averted, the police left and the party started.

On Sunday 29th there were discussions on various topics and a number of workshops took place throughout the day. In addition to this, there was planning for the next day’s action, where valuable lessons were learnt from working with a wide variety of groups. 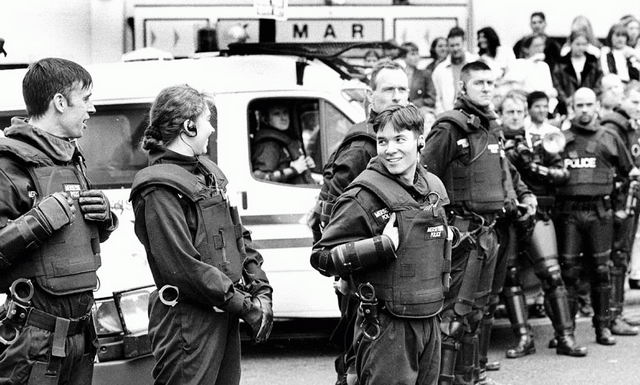 The Occupation of Seaforth Docks

On the morning of Monday 30th the tug boat operators went on strike, and at around 6am the docks were attacked. Under the very noses of the police who had been watching all night, two trucks full of dodgy looking people drove straight up to a side gate which a security guard kindly opened. Thirty activists had got through by the time he realised his mistake. After cutting two fences, one group ran to the gantries to be greeted by a security guard who demanded the password! This was considered unnecessary by the twelve activists who proceeded to occupy two of the gantries.

Simultaneously the other activists who had entered, occupied machinery, and one group approached the office, or ‘rathouse’ as it’s known by the dockers, from behind. Outwitting the police they scaled two fences, ran up the fire escape, made a human pyramid and managed to climb onto the roof to fly two red, green and black flags as well as hanging a banner saying ‘Sack the Bosses not the Workers’. Sadly the banner enjoyed under an hour of glory before being lost in a tug of war with the police. Out on the main gate around 800 protesters and dockers had gathered and spent most of the afternoon confronting the police as well as the scab workers. 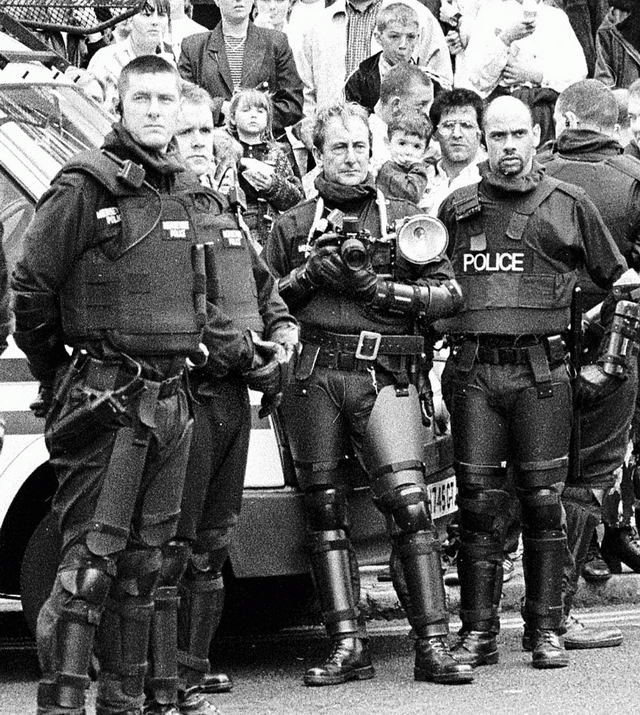 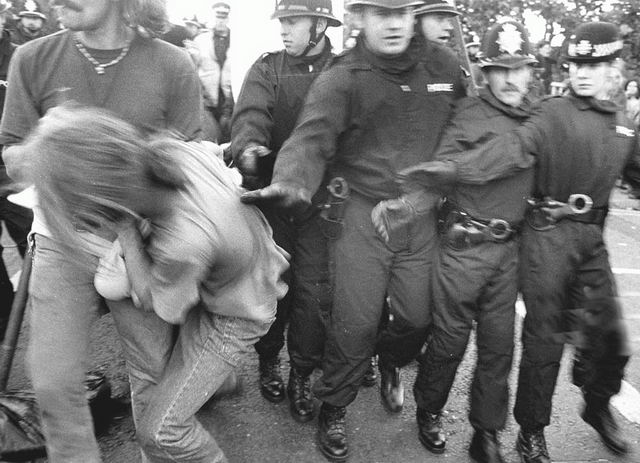 Meanwhile, in the city centre a group of 20 activists occupied the offices of ACL (the major container company using Seaforth docks) and spent about half an hour talking to one of the directors discussing their shortsighted involvement with the Mersey Docks and Harbour Company!

Quietly, back on the picket line, in a tent backing onto the fence, a hacksaw got to work and around sixty people disappeared through the hole into the docks before police noticed anything amiss. A dash was made for the Rathouse with two people being pulled up onto the roof with only the aid of a rope. There was delight on discovering that one of the two was a determined docker who then spent the rest of the afternoon waving one of the flags and making new friends. After about nine hours of occupation and several picket line arrests, a deal was brokered between port police and the occupiers whereby the people on the gantries and offices didn’t get arrested and the police got – nothing.

The celebrations soon turned sour on the walk back to the squat. Angry that they had just had the complete piss taken out of them, police proceeded to use snatch squads randomly on the crowd. Many people found themselves on the end of bitter violence as police waded in with unprovoked attacks, hospitalising at least one person.

On arrival at the squat many had to immediately board coaches home. The remainder, realising it was probably not a good idea to stay at the squat, were escorted by the dockers to a pub where they could stay the night. The rest of the evening was spent getting totally pissed with the aid of STLG 200 put behind the bar by the dockers and a bloody good party was had by all!

The whole event has proved the genuine support that exists between groups. It is no exaggeration to say that the amount of support between us and the dockers was unsurpassable. Any prejudices either group had previously held were certainly overcome that day. To the surprise of the dockers, women occupied the gantries and roof , while men wearing dresses and nail varnish were lifted over the gates! We were impressed by their militancy, tolerance and sincerity. We should all be able to decide what happens to our lives and environment, and must continue to recognise the importance of participating in each other’s struggles against human and ecological exploitation.

As well as this, on the Monday, ACL, the major container line using Seaforth docks, stopped using the docks and the Merseyside Docks and Harbour Company shares dropped dramatically. Elsewhere in the world there were solidarity protests with international blockading of ports. Bill Morris, the dockers union leader, has since ordered the dockers to disassociate themselves from our movement but the dockers have refused, stating that they stand by us in total solidarity. As they said: “next time you lot need a hand digging up any roads, give us a call!”

Anybody who witnessed police brutality on the day or has video or photographic evidence of this please contact Kevin Robinson in Liverpool on: 0151 207 3388. This evidence is to be collated for a formal complaint.