The Tinkers Bubble on land use

Low-income individuals are victims of a number of economic distortions caused by the present planning system, which divides all rural land into zones specified for certain kinds of development. These distortions have been recognised, but little has been done to rectify the adverse consequences for those who are disadvantaged. When the 1947 Town and Country Planning Act was introduced it was recognised that while many landowners would lose land use potential through the introduction of planning restrictions, some owners would benefit “by the imposition of restrictions on the other land.” In other words, the right to develop acquired a scarcity value, and this value, in the absence of compensatory mechanisms, accrued to the owner of the land to which these rights were attached. This was known as “betterment”.

Inevitably the increase in value that takes place when land is transferred from agricultural to development land has to be paid for by somebody. Most frequently this is the acquirer of the house or other building that has been erected on the land, often in the form of a mortgage. In many cases the value of the development rights may equal or nearly equal the cost of house construction and of the basic agricultural value of the land. The beneficiaries of this transfer of wealth are developers who have bought the land at or near agricultural prices and sold it with planning rights or the prospect thereof; the banks, building societies and other investors who have lent money on that basis; and other services such as estate agents whose income is related to the value of property.

Betterment, therefore involves a considerable – in fact often enormous – transfer of wealth from rural house buyers to property developers, speculators and urban based financial institutions. To a great degree this involves a flight of capital from the country to the city. It in part accounts for the colonization of villages by second-homers, commuters and other outsiders. Many of these newcomers derive part of their high incomes either directly or indirectly from the very drain of resources that we have described.

There are serious effects for those who would set themselves up as farmers or smallholders. Certainly agricultural land, as long as it is bought in units big enough to avoid “pony-paddock prices”, is relatively cheap. But living accommodation is disproportionately expensive. There is therefore a tendency for a farmer who sells up to sell the farmhouse to a wealthy (and quite possibly urban) buyer, and the land separately. Prospective farmers or smallholders with limited means can therefore without too much difficulty locate land to cultivate, but it is much harder, or financially impossible, for them to find on site accommodation. In such a situation they have two options. Either they can rent or buy accommodation in the neighbouring village, in which case they will find themselves disadvantaged by a dual economy: paying off high land-price rents or mortgages with goods produced in the low-price agricultural sector. Or else they can opt to apply for planning permission on their land, in which case (if they are lucky) they are likely to find themselves in a five or ten-year mobile home limbo, while MAFF and the planners assess whether they constitute a viable agricultural unit.

The opportunities for work in the cities that existed in the 1960s are now no longer available. There is a movement away from the inner cities and there is a general recognition that opportunities can be created in the countryside for more jobs through diversification, revival of some rural crafts, conservation and so on. But for such a revival to take place people have to be able to find somewhere to live that is commensurate with their income. The planning system as it exists at the moment precludes this because it artificially creates expensive housing in a low income sector. There may also be longer term consequences of the development zoning system. One of them is to concentrate development in the provinces into selected villages and small towns. The result has been that certain former market towns, such as Yeovil, are starting to resemble mini-metropoles. The bored and mindless adolescent violence that we associate with inner cities is increasingly occurring in these towns. The wisdom of prescribing that the vast majority of our provincial youth should, because of planning restraints, be brought up in a quasi-urban situation rather than in the countryside needs to be brought into question.

There is no doubt that the planning system as it exists today has done much to prevent much undesirable development in the countryside. There is admittedly a sense in which the planning system has paradoxically encouraged undesirable development: the profits to be made from increasing the value of land from 2,000 pounds per acre to 200,000 pounds per acre are a very real incentive for unscrupulous speculation which has as its object the realization of a quick profit, rather than the realization of a genuine socially beneficial development. All of us who live in the countryside can cite golden elephant schemes of this kind, and these are used by some to cast a shadow of doubt over the integrity of those in the planning department. Nevertheless, the objectives of rural planning departments, as revealed in their local structure plans, are fundamentally laudable ones, and we do not wish to deny the considerable measure of protection that planners have provided against inappropriate development in the countryside. What we are advocating is that the Government should begin to investigate a different set of restraints upon rural development. 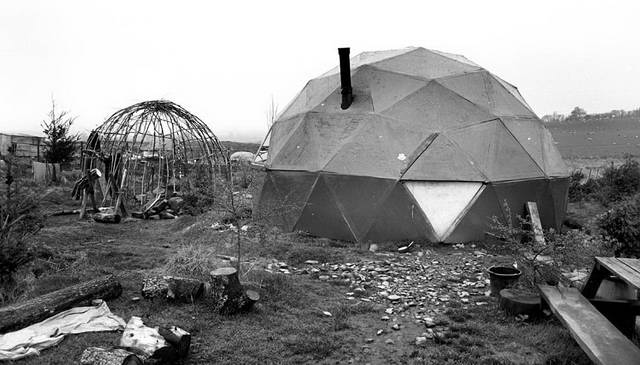 At present, the planning procedure is based upon a system whereby certain areas are prescribed for development, while certain other areas are proscribed, expect for exceptional or agricultural uses. The underlying implication is that “development” is somehow inherently harmful for the environment, and that therefore it should be constrained and restricted to certain well-defined areas. What we propose is that some forms of development have less impact upon the environment than others; and that there may even be some forms of development that have a positive impact upon the natural environment, and which therefore should be encouraged. We would suggest, for example, that the kinds of development we can observe in Constable’s paintings were by and large in harmony with the surroundings, and did not elicit demands from those who lived nearby for planning restraints.

As planning law exists at the moment, no fundamental distinction is made between different forms of development. “Change of use” from agricultural to residential is “change of use”, whatever structure the prospective inhabitant wishes to erect. The hermit who wishes to live in a tree-house made of twigs and grass will encounter exactly the same planning obstacle as the developer who wishes to fell the entire wood and erect 25 luxury bungalows. We submit that this is not a sensible basis for assessing future development in the countryside, nor is it a constructive way of building a thriving rural community. We are not, of course, advocating a profusion of tree-houses. But we suggest that the Government’s planning departments should be investigating acceptable criteria for residential development for those who wish to live and work in the countryside, and who may not demand, or even wish for, the sort of bungaloid development that the planning system has been designed to regulate – but who may be interested in constructing something more in tune with the local surroundings. 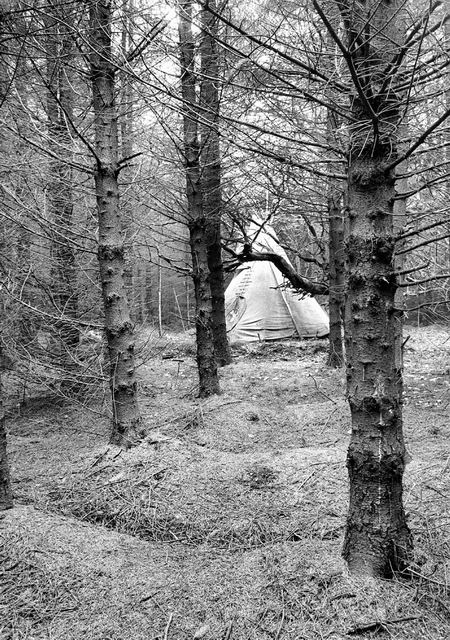 A number of planning applications have recently been put forward for “Low Impact Dwellings” outside the normal development area. One of these, in Hereford, a bender site on a farm, has already been given planning permission. Two others in Somerset are awaiting appeal. The Draft Structure Plan for South Somerset contains an entire section and policy statement on low impact dwellings. The plan makes no attempt to define the term, but the draft text comments: “Some travelling people and others who wish to have an environmentally low impact lifestyle live in “benders” which are temporary structures for which no conventional foundations are required. On removal of these structures, regeneration of the site to its former condition occurs in three to six months”. The draft proposes a policy whereby “proposals for Low Impact Dwelling sites will only will only be permitted where they conform with local plan policies” and with a number of other listed criteria such as non-intrusiveness, environmental health, access to schools and other facilities. We would suggest that in time, and after scrutiny and experiment, the concept of low impact development could be extended beyond temporary benders and similar constructions, to more permanent structures that were not judged to be detrimental to the local environment. The architectural texture of our rural towns and villages derives from the fact that until the advent of canals and subsequently railways, it was extremely arduous to transport building materials more than a distance of about 15 miles. This fact is recognized by planners who prescribe, in certain conservation areas, the use of traditional local materials. Furthermore, the building procedures that many traditional local construction methods involve are time-consuming and expensive. They therefore impose in themselves a certain restraint upon the amount of development that can occur. They also involve the rehabilitation of certain rural skills with potential cultural and economic value. We would therefore suggest that planning conditions for more permanent low impact dwellings might involve some kind of technological restriction whereby the bulk of the visible structure was constructed from natural local materials. It would be up to the local council to define (according to the siting of local quarries, woodlands and so on), how local and natural these materials should be.

It should also be remembered that the texture of the British countryside has changed since the beginning of the 19th century. For example a large amount of coniferous woodland has been planted largely with a view to the acquisition of tax bonuses and grants. This woodland now offers a great deal of potential for appropriate on site constructions that could house people committed to find more labour intensive and profitable ways of using the timber rather than consigning it for pulpwood. Similarly, there are a significant number of desolate wartime airfields that urgently need some kind of rehabilitation. With some forethought, and a certain amount of grant aid (because these are pretty ghastly windswept places), schemes could be devised where residents through a combination of tree-planting and recycling of the existing materials, converted the sites into stimulating and congenial places to live.