Towards the end of the 80s a cultural phenomenon began to emerge around the country resulting in an injection of new blood and economy to the festival scene. Rave parties were similar to free festivals in that they were unlicensed events in locations kept secret until the last possible moment. Such events offered similar opportunities for adventure and began attracting huge numbers of young people from the cities. This scene grew dramatically. Where some of these parties differed from the free festivals was that they were organised by groups such as Sunrise who would charge an entry fee and consequently make large amounts of money in the process. Not all such rave parties were of this nature however, and the free festival scene began to merge with the rave party scene producing a hybrid with new dynamism. Not everyone on the free festival scene was pleased with the consequences of this festi-rave fusion however.

I have pointed out before that one of the main things I liked about festivals was going around fires and trucks listening to accordions and talking to people. When the ravers arrived, I couldn’t hear anything other than the beat. A mass influx of young ravers who were not clued up as to country life did attract a lot of unwelcome attention to Travellers, but without them the festival scene would have finished in 91 and no-one these days would know what we were talking about. 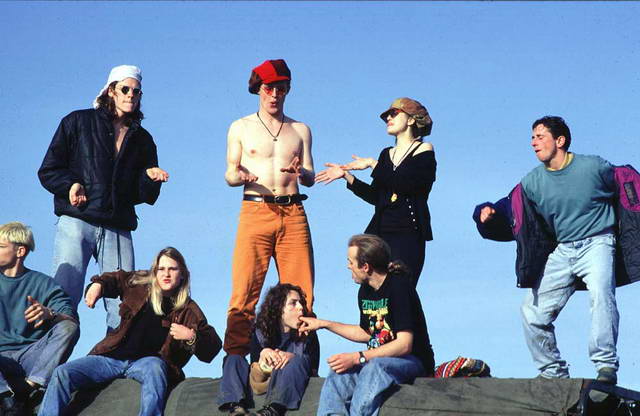 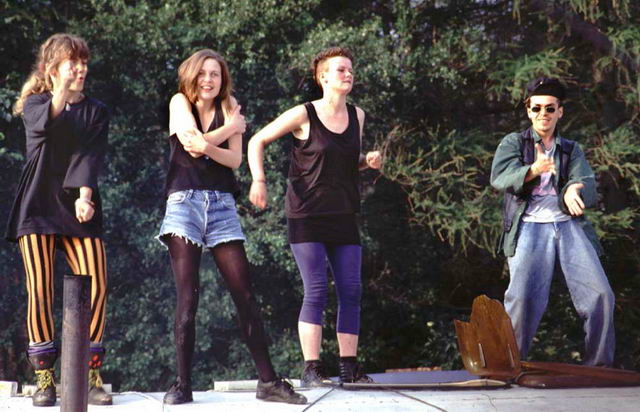 Others, found renewed enthusiasm in the cultural mutation. Having attended free festivals since 1984 and lived on the road intermittently during that period Steve Redshaw welcomed the new blood: “Towards the end of the 80s things were getting bad on the festival circuit. Then raves revitalised the scene and I got my faith back.”

Once again, political attention was now targeted against these new impromptu rave events, resulting in the Entertainment (Increased Penalties) Act 1990. Introduced by John Majors Personal Private Secretary, Graham Bright, this private members bill brought in massive fines of up to £20,000 for the organisers of unlicensed events. Once again this legislation had a dramatic affect on the free festival/rave scene, pushing event organisation into the hands of large commercial promoters with the necessary sums required to pay for licences and policing. 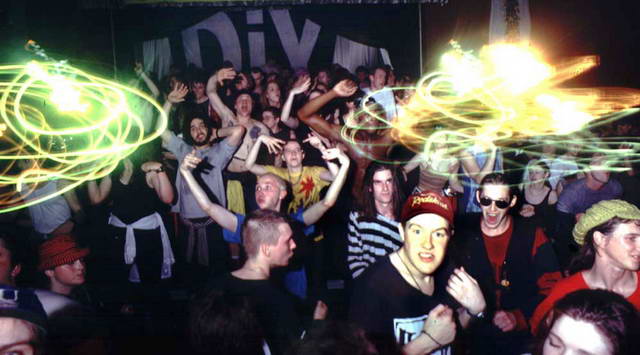 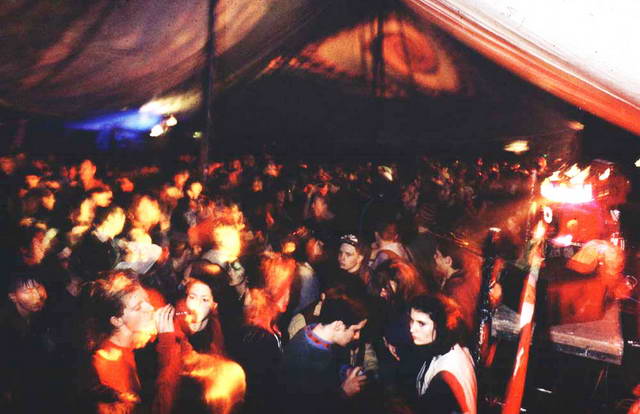 “By 1993 the laws were having their effect on the free rave scene. Dance music then moved into clubs and became more exclusive.”

The nature of festival promotion consequently swung away from a community-based orientation, as businessmen and commercial club owners cashed in on the existing public desire for adventurous festival/parties in the countryside. According to Tony Hollingsworth, ex-events promoter for the GLC and now part of the multi-million pound commercial festival outfit Tribute:

“The motivation behind these festivals is no longer passion, it is commerce.”

Relative to the people-led festivals, the commercial festival scene offers little more than another shopping experience, where an attendant wallet is valued and encouraged far more than participation. 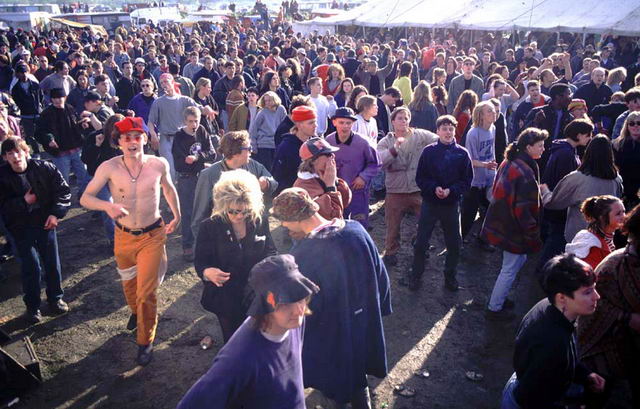 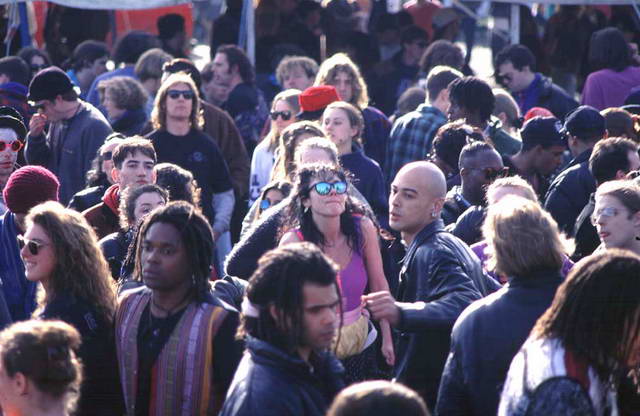 “With effect from Monday 27th April 1992, dedicated resources will be used to gather intelligence in respect of the movement of itinerants and travellers and deal with minor acts of trespass”.

“Resources will be greatly enhanced for the period Thursday 21st May to Sunday 24th May inclusive in relation to the anticipated gathering of Travellers in the Chipping Sodbury area.”

This item referred to the annual Avon Free Festival which had been occurring in the area around the May bank holiday for several years, albeit in different locations. However, 1992 was the year Avon and Somerset Police intended to put a full stop to it. As a result the thousands of people travelling to the area for the expected Festival were shunted into neighbouring counties by Avon and Somerset’s Operation Nomad police manoeuvres.

The end result was the impromptu Castlemorton Common Festival, another pivotal event in the recent history of festival culture. 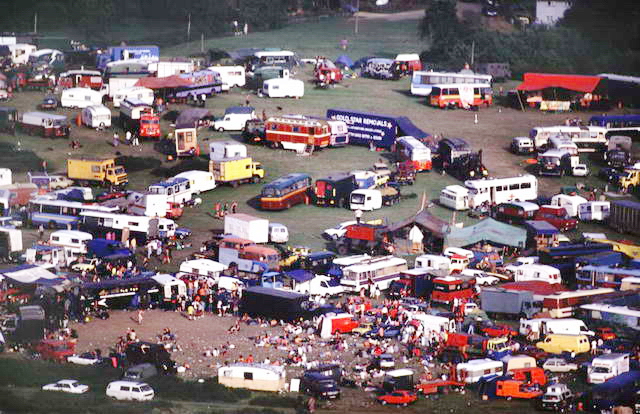 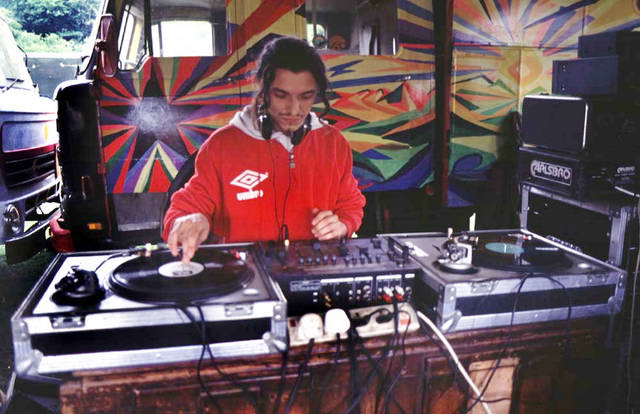 West Mercia Police claim they had no idea that an event might happen in their district, the truth of which relies on the unlikely situation that Avon and Somerset Police did not inform their neighbouring constabulary of Operation Nomad.

In the event, a staggering 30,000 Travellers, ravers and festival goers gathered almost overnight on Castlemorton Common to hold a free festival that flew in the face of the Public Order Act 1986 and the Entertainment (Increased Penalties) Act 1990. It was a massive celebration and the biggest of its kind since the bountiful days of the Stonehenge Free Festival. West Mercia Police claimed that due to the speed with which it coalesced, they were powerless to stop it.

However, the authorities used Castlemorton in a way that led people to suggest it had been at least partly engineered. After all, a large number of people had been shunted into the area by Operation Nomad, was it really likely that West Mercia police were unaware of this? The right-wing press published acres of crazed and damning coverage of the event, including the classic front page Daily Telegraph headline: “Hippies fire flares at Police”. The following mornings Daily Telegraph editorial read: “New Age, New Laws” and within two months, Sir George Young, then Minister for Housing, confirmed that new laws against Travellers were imminent “in reaction to the increasing level of public dismay and alarm about the behaviour of some of these groups.”
Indeed, the outcry following Castlemorton provided the basis for the most draconian law yet levelled against alternative British culture. Just as the Public Order Act 1986 followed the events at Stonehenge in 1985, so the Criminal Justice and Public Order Bill began its journey in 1992, pumped with the manufactured outrage following Castlemorton. By the time it reached statute two years later, it included criminal sanctions against assembly, outdoor unlicensed music events, unauthorised camping, and `aggravated trespass’. The law also reduced the number of vehicles which could gather together from twelve (as stipulated in the Public Order Act 1986) to six.

The news-manufacture used to prepare the public palate for the coming law was incessant, with media descriptions of Travellers including “hordes of marauding locusts” (Daily Telegraph), and “These foul pests must be controlled” (Daily Mail).