“The main problem [with police at demonstrations] is the [use of the] Public Order Manual of Tactical operations and Related Matters. This has been issued by the association of Chief Police Officers, a body with no legal standing but with considerable influence. This manual has never been made public, and has never been discussed in parliament or reviewed by the courts. But from evidence in court cases, we know that the manual gives guidance on the use of violent `pre-emptive’ police action, perhaps in the deployment of `snatch squads’, and also on the use of mounted police officers to scatter the crowd and cause fear.”
`Peaceful Protest’ – Liberty

On 9th October , 1994, there was a mass protest in London against the Criminal Justice Bill, now an Act. We marched from Embankment to Hyde Park, amidst hordes of police, although no trouble occurred. In Hyde Park there was a rally, with many speakers. 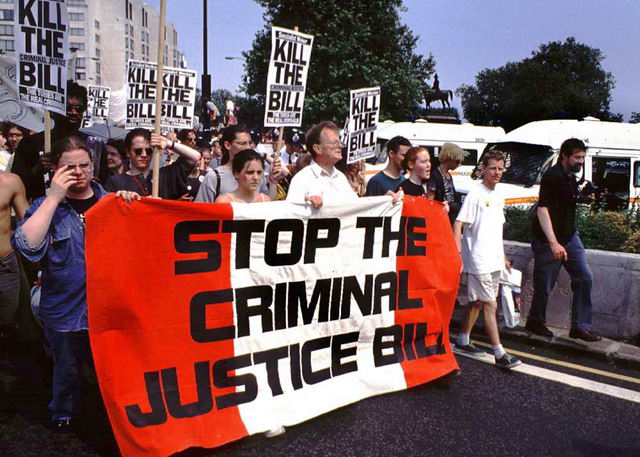 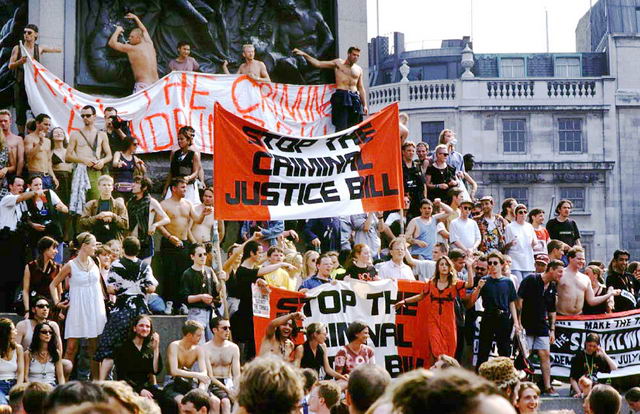 Unfortunately events were to take a sinister turn, and media coverage, although not totally bad, was still far from good. It took the beating up of the Independent’s reporter, by three policemen, to get any mention of blatant police violence in the papers. Some mentioned that allegations had been made that the police had deliberately provoked the riot, but didn’t dwell on the subject for too long. This article is to put the record straight. 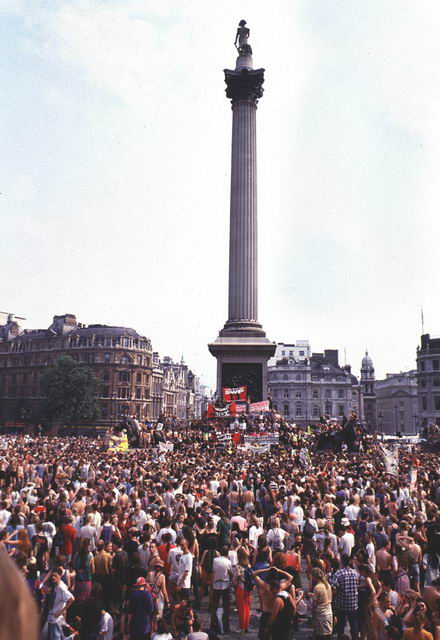 The police had not given a licence for sound systems to enter Hyde Park, but some came all the same. Cynically, but realistically, you could speculate that permission would be granted to the organisers, if only they were doing something that fitted in with the traditional Tory idea of things, rather than be there promoting any sort of “alternative” lifestyle. 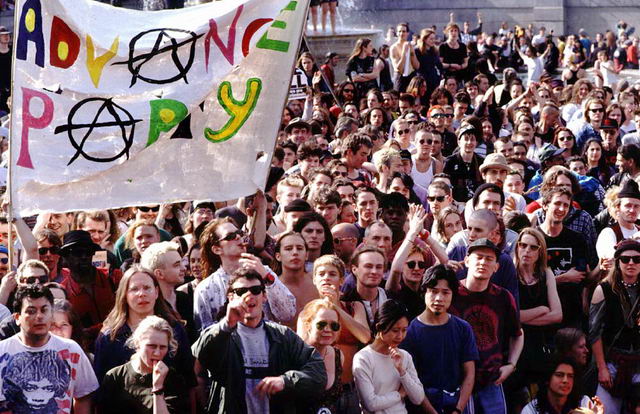 At about 4.30, the people who had brought along the bicycle powered sound system, told those of us nearby that riot police had gathered in Park Lane. 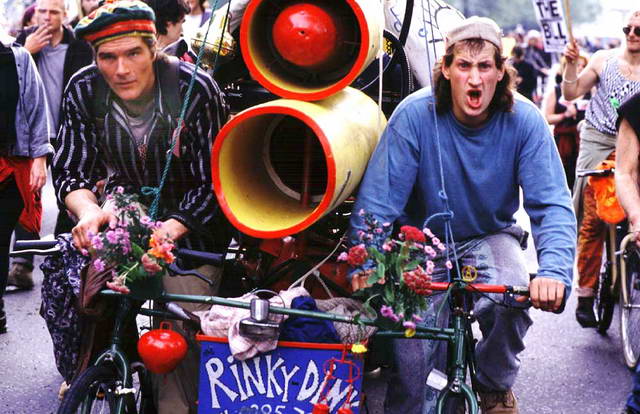 Most people were astounded by the amount of riot police present, as there had been no trouble until then. The police were in lines, herding protesters together. Many sat-down as a protest, but they were violently dragged out of the way, receiving truncheon blows in return for being peaceful.

It wasn’t long before horses were being used to charge the protesters in Hyde Park. The mounted police rode straight into the crowd, regardless of who they rode into.

Calls for an investigation into the violence of the police there were made by many people who were present, including MPs. Any investigation instigated by the government or the Metropolitan police force would however, be nothing more than a farcical attempt by the authorities to excuse their own behaviour. 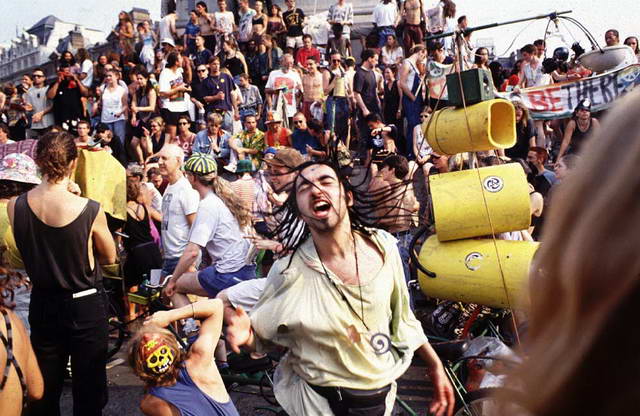 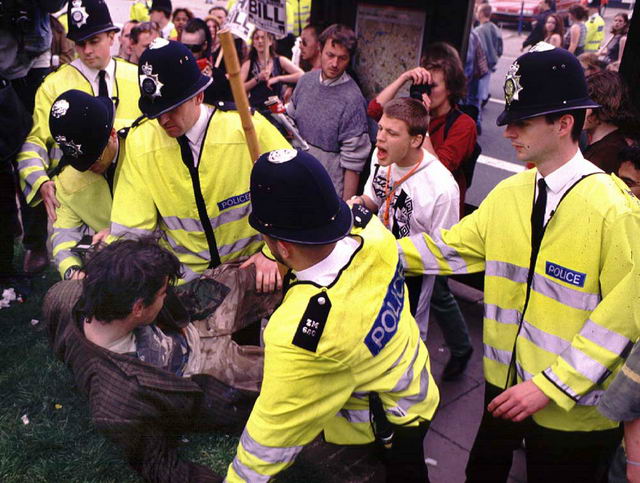 Some would say that the police force and the government had been stupid in their handling of the demonstration. On the other hand, given their success in starting a riot, that provided the media with the opportunity to report a violent mob, perhaps they were being very clever….