Monday the 8th of May, V.E. day, and 400 people descended upon the ancient stone-circle monument of Stonehenge, Wiltshire with military-like precision. The occupation had sprung out of this summer’s burgeoning land-rights movement and the longer-term fight against the Criminal Justice Act. V.E. day was chosen because the organisers claimed that the freedoms that our nation fought for during the war are being eroded by the C.J.A.

Virtually everybody arrived at 5.00am, as planned, and took English Heritage (the site-owners), the police and the organisers completely by surprise. A second surprise became evident at about 8:00am when it emerged that English Heritage were prepared to allow the protesters to stay from dawn until dusk, as they had – rather hopefully – requested.

The first unauthorised massed gathering within Stonehenge for eleven years had gained tentative approval from the powers-that-be, and they presently emerged to confirm this in the shape of Clews Everard. Ms Everard made it clear that, although the protesters were unwelcome, she wanted to avoid conflict at all costs. She went on to say that “The long-term aim and vision of English Heritage is to open up the stones for everybody to enjoy. But this is a long-term vision and it will only work if people like yourselves work with us, rather than fighting against us.” This statement was greeted with surprise on the day, but guarded optimism later from Shane Edwards of the Freedom Network who said: “It sounds very positive and we should talk some more.” 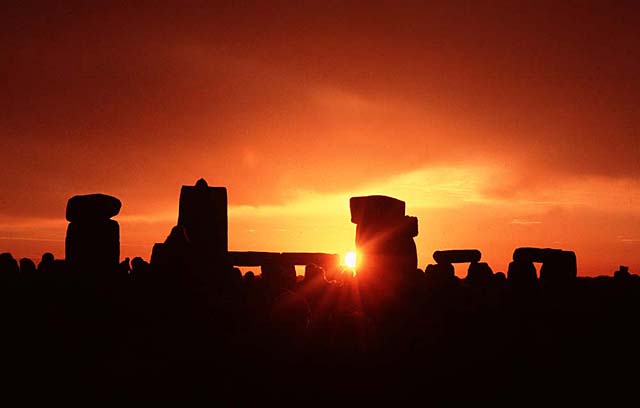 Once the pressure of eviction and conflict had dissipated, the atmosphere shifted from excitement to exhilaration. People unpacked their picnics, sang and played instruments.

The visiting public were eventually allowed in to see the stones and seemed pleased both with the reduced entrance-fee and the entertainment provided by the colourful occupying throng. By mid-afternoon, everybody had settled into a series of concentric circles. At the epicentre was a group of musicians surrounded by a ring of exhuberant dancers who were in turn encompassed by a sea of recumbent picnickers. The protesting core was finally encased in a mob of tourists and undercover police, and all was neatly packaged within the towering stones of the Henge. All in all, it represented the most unusual and maybe most cosmopolitan gathering of V.E. day. 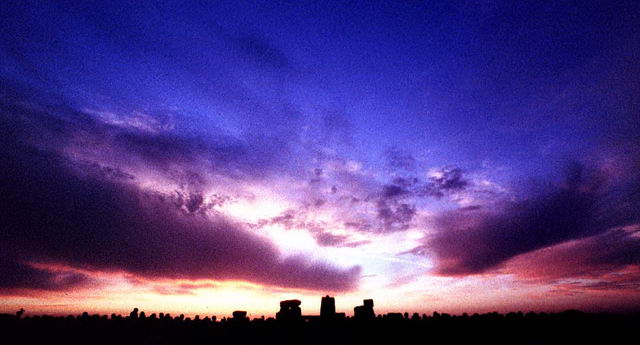 Although Monday passed without conflict, the recent history of Stonehenge is plagued with controversy. This Summer Solstice marks the ten-year anniversary of the notorious “Battle of the Beanfield” in which police and travellers clashed violently as 650 people tried to get to Stonehenge. Travellers have since been awarded damages for police actions during the confrontation. Ever since the violence of 1985, Summer Solstice sees the stones under siege as hundreds of people spend all night trying to find gaps in the 24-hour police cordon and exclusion zone that surrounds the monument. Every year, people manage to get through the encirclement and occasionally touch the stones, but the communion that they seek is rarely achieved. 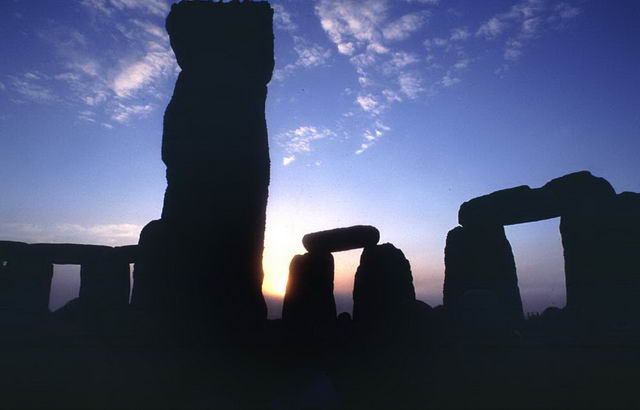 The current situation seems to be a deeply unresolved mess. A place sacred for thousands of years has, for the last decade, become a battlefield. Perhaps the diplomacy and understanding of Monday the 8th indicates a way forward…